Where do I even begin?

So much has happened in the last 2 weeks, let alone the last 3 months, that I’ve been virtually nonexistent here. At the time, it made sense to wait on posting. What did I have to say about France when I was sitting in Boston living my normal, boring life? Not to mention it felt a bit too cocky writing about how to get a visa or how to navigate the Mairie to get married when it all wasn’t a sure thing for myself yet. I could just see it being confidently posted and then mere hours later finding out there was a new monkey wrench in my now-wrinkled plan.

And now, all those things have worked out but there are SO many more things to write about! I not only got the paperwork riddles solved, but I actually got married! My parents came to France – my mother for the first time in over 40 years, my father for the first time EVER – and I had the pleasure of showing them all around this amazing city. And just in the last few days I’ve had some lovely adventures seeing new things around Paris with the spectacular weather we had over the weekend. Where to start?

Let’s just start with a quick-hits rundown of all the wonderful things that happened during the nearly 3 months I was home. I’ll save the detailed posts about visas and weddings and all that for their own posts. Let’s face it – I’m wordy enough as it is. I would be here all day if I tried to do it all here right now! I have far too much to say about each thing on its own.

What I did for the last 3 months 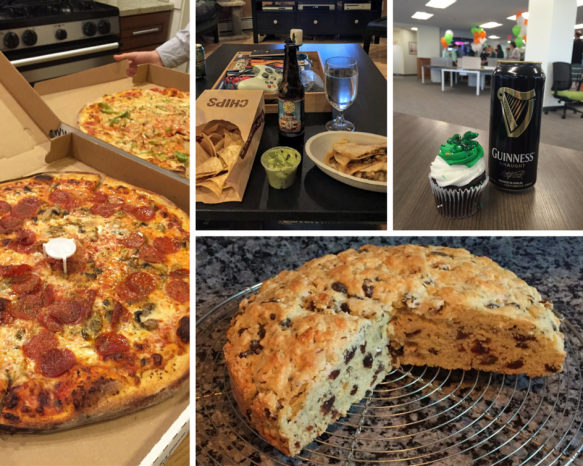 This is how my people show love

It was a fantastic few months at home and I filled every minute of it as best I could to take advantage of all the food, friends, and family I had around me for such a short time. And now, I’m happy to be back in Paris with my husband? and excited to see what comes next.

2 thoughts on “Return of l’Américaine”